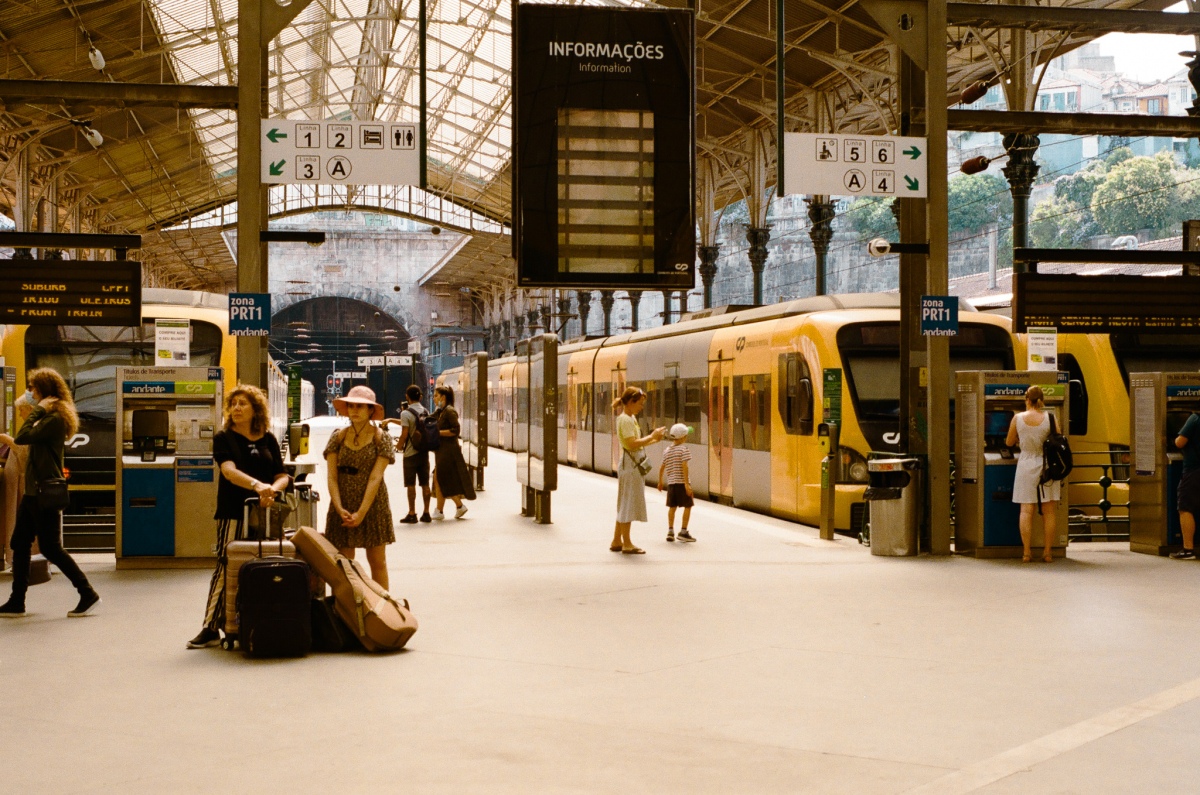 I can’t believe it’s been a month since we returned from our one-month European trip. It was an experience. This is the second time we have spent that much time in Europe, the first time was in 2009 when I had just lost my job, and we decided to take off to Europe with the kids. More on that in a future post.

My youngest son, my wife, and I left for Portugal on July 14. We decided to fly to Portugal because my wife wanted to visit Our Lady of Fátima located in Fátima, Portugal. It was also the perfect place to spend a few days before starting our pilgrimage on the Camino Portugués, one of the many alternate pilgrimages of the Camino De Santiago. We knew that to the Compostela, you must walk the last 100 kilometers to Santiago de Compostela, Spain, on foot or horseback, or the last 200 km by bicycle. For this reason, we choose to start our walk in Tui, a Spanish right on the border to Portugal. It’s 115 kilometers from Santiago.

After arriving at Porto via a short flight from Paris, we quickly walked outside after recovering our luggage. The air in Porto outside the airport felt dense, and it looked much warmer than it was. The sky was hazy, and its color was like a faded pink or orange. It wasn’t beautiful. It reminded me of the sky in the States on the West Coast when wildfires are present. Or similar to the sky in Beijing, China, which, if I had to guess, it’s the result of smoke from cars and industry as opposed to wildfires. I remembered very clearly how my eyes were red and itchy while walking in Beijing.

I was worried. Is the sky like that due to wildfires? contamination? I don’t know, but after taking a taxi into the city, just 11 km from Porto Airport, the beautiful historic center, architecture, and monuments distracted me from looking at the sky. Porto was very picturesque.

The apartment we rented was right in the center of Porto. Everything was within walking distance, big and small restaurants, museums, galleries, shops, churches, monuments, and one of the places I wanted to visit, Livraria Lello. Porto is magical. It looked like one of those old quaint movies, with charming old buildings and impressive architecture, and very inviting to explore it by walking around it. Very vibrant. As I said, Porto is picturesque. I am glad we decided to make a stop there.

We stayed in Porto for 3 nights and four days, but I’m sure we’ll be back. While there, we took a bus to Fátima, just a few hours away, to visit its magnificent cathedral. That day we almost missed the bus to Fatima. It was scheduled for early in the morning, and while the bus stop was just a few blocks from the apartment, having walked for a few hours the day before to absorb as much as we could from the sunset and the amazing views during the gold hour, and then the fact that we almost hadn’t sleep in the past two days since we left Seattle, made it very hard to wake up that morning. We got on the bus, slept most of the two hours on the way to Fatima, and enjoyed walking around this city and visiting its impressive cathedral. It was a good day. We had breakfast in Fatima and then dinner in Porto.

Porto is a special place. Can’t wait to go back and explore it a little more. We didn’t have any problem communicating with the locals. Most of them understood and spoke Spanish, just like we understood most Portuguese – and when we couldn’t communicate with those languages, English was always a good backup plan. I am so grateful to be bilingual.

The city of Porto is extremely walkable, just like most European cities. Full of street merchants, shops, restaurants, bars, gelato places, historical buildings, monuments, and beautiful sights. The food was excellent too. While walking around Vila Nova de Gaia, just across the Douro river from Porto, we met a street merchant who took our picture of us using a large wooden film camera and recommended that we visit the neighborhood of Sampaio and have dinner there.

Sampaio is an old fishing village where every evening, locals get the grills out on the street and cook fresh seafood outside, and it’s the perfect place to enjoy Porto wine and delicious seafood. The sunsets are also something to enjoy in this area.

On our last day, we took a bus ride to Valenca, a town at the border between Portugal and Spain, and across the river, you’ll find the town of Tui on the Spanish side. Our walk to Santiago was going to start in Tui, so it was the perfect place to stay for one night to begin our 117km walk to Santiago de Compostela the following day. We were very excited about it but sad to leave Portugal. Our four days in Porto weren’t enough for us.

The morning we arrived in Valenca, we got out of the bus and quickly stopped at the bathrooms. The bus station looked like it was still being built or perhaps being renovated. It was close, but the bathrooms were open, and a few cabs were waiting by the parking lot. We made a hand wave to signal the cab drivers that we needed a ride. The youngest driver saw us and walked over to us. I asked if he spoke Spanish or English, but the fact that he seemed confused by what I was saying made me assume he didn’t speak either. I mentioned the name of the hotel we were staying at, I knew it was just outside Valenca, but I was hoping a local cab driver would know where it was. With the hotel’s name memorized, he walked over to the other cab drivers, and one of them gave him instructions, or at least that is what I thought happened. our young driver started walking toward us. My estimation is that he was 18 or 19 years old.

After getting our luggage into the trunk, we got into the car, and our driver started driving. The hotel I had chosen was a small place. It was right by the highway and looked like a bed and breakfast. We only spent one night there. The idea was to be close enough to start our walk the next morning. We spent the evening at this hotel’s parking lot, talking, playing, and enjoying the boredom.

While at the hotel, it felt as if we were the only ones at the hotel. When we asked if there was food, the attendant pointed us to the dining area. We walked over there, and he walked behind us. Once we sat at a table, he asked if we just wanted drinks or food. We said we wanted both. Then he took the posture of a restaurant server and said that the food options were a ham sandwich or a grilled cheese. I remember looking at each other with a smile, my wife promptly asked for the grilled cheese, and then my son and I did the same. Orange juice, beer, or soda were the drink options. We got one beer, one orange juice, and water for all three. It’s so nice and simple when you have fewer options!

It was a boring day, but our stay at the hotel outside Valenca was also very different, it felt special to me, and I will remember that day and that place forever. We started our pilgrimage the next morning.

Galleria Vittorio Emanuele II is a grand arcade with high-end shopping. It is one of the most beautiful buildings I’ve seen in Italy.