It’s been two weeks since it last snowed (surprisingly) in Seattle and my family and I were already missing it. Truth is that snow days aren’t a common thing within Seattle city limits, but if you drive a little outside of the city limits then you’ll find plenty of powder. My wife, Felly and I are not strangers to snow having lived in Minnesota for about ten years. This past weekend, we finally got ourselves in the car and drove to Stevens Pass, which is an excellent place for winter sports such as snowboarding and skiing.

Stevens Pass is about 80 miles east from downtown Seattle, so it took us about one hour and a half to get there. It is beautiful, Stevens Pass that is. While the day was a bit cloudy, it was still a very scenic place, we weren’t prepared to go snowboarding or skiing yet, but we’ll be coming back soon to do that. 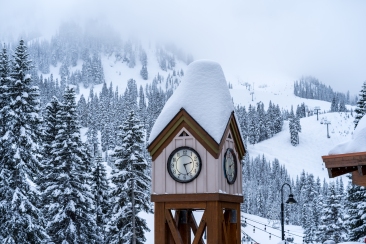 Our next visit to Stevens Pass will be less photos and more snowboarding or skiing, and we’ll be visiting all of the other mountains soon as well. So much stuff to do out there!